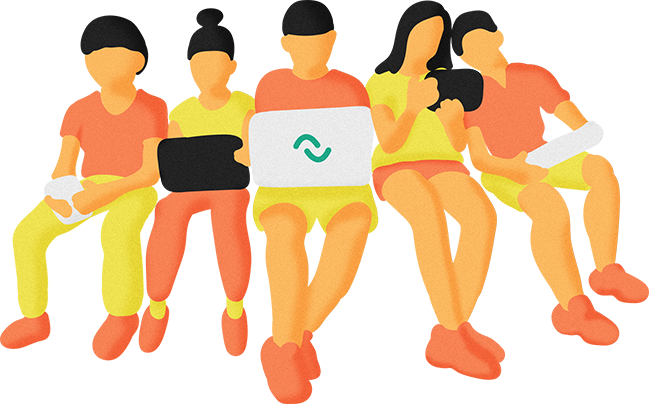 How does PlayWin Anti-cheat work? 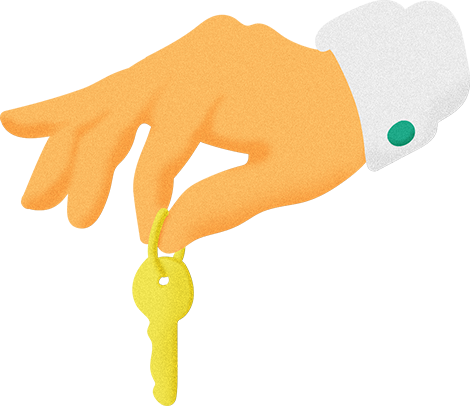 Six examples of cheaters using aim assistance which we have convicted are shown below to illustrate some of the behaviours we look for.

Each example is of a single kill by a unique player during a unique match. Gifs of the offending kills are paired with time series plots depicting the evolution of the view direction of the shooter from one second before to one second after the kill.

The ease with which an experienced viewer could confidently determine the guilt of the convicted players by only reviewing the gif varies between the examples, ranging from trivial to exceedingly difficult or impossible. These time series plots highlight how cheating that a human observer may be unable to confidently convict can appear obvious when the match telemetry is analyzed appropriately.

This principle is what ultimately drives PlayWin anti-cheat and enables us to detect cheating independent of author and attack vector.

Obvious "silent" aim assistance, when the crosshairs flick to and from target. 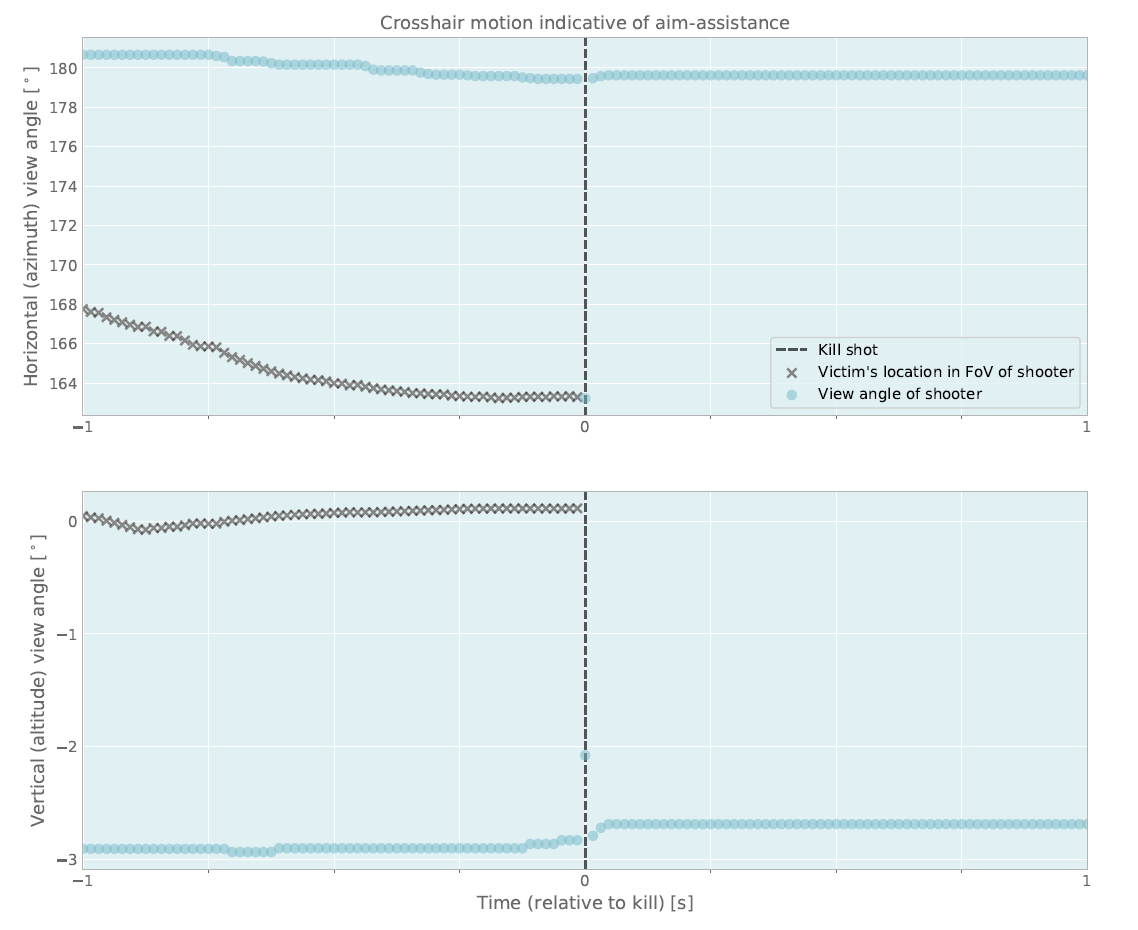 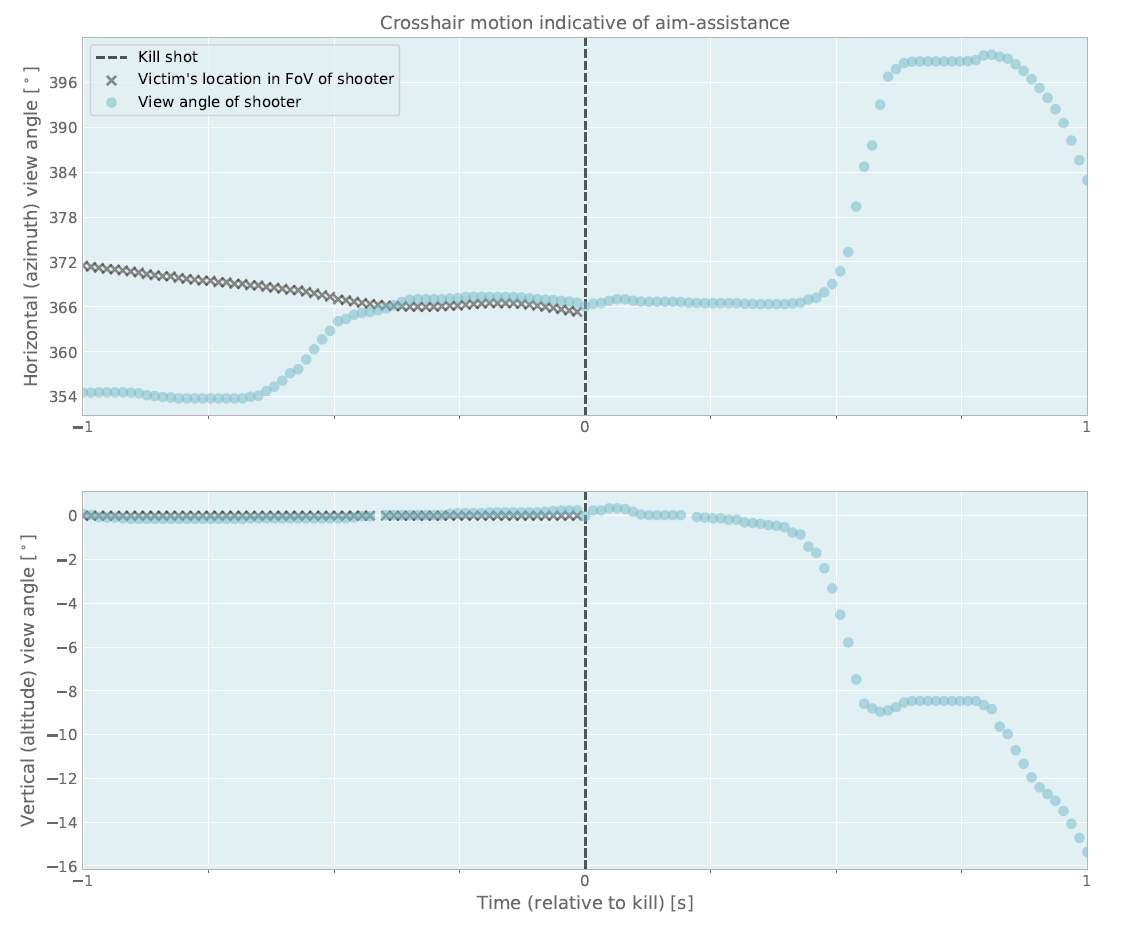 Aim assistance where the crosshairs simply snap to the target. 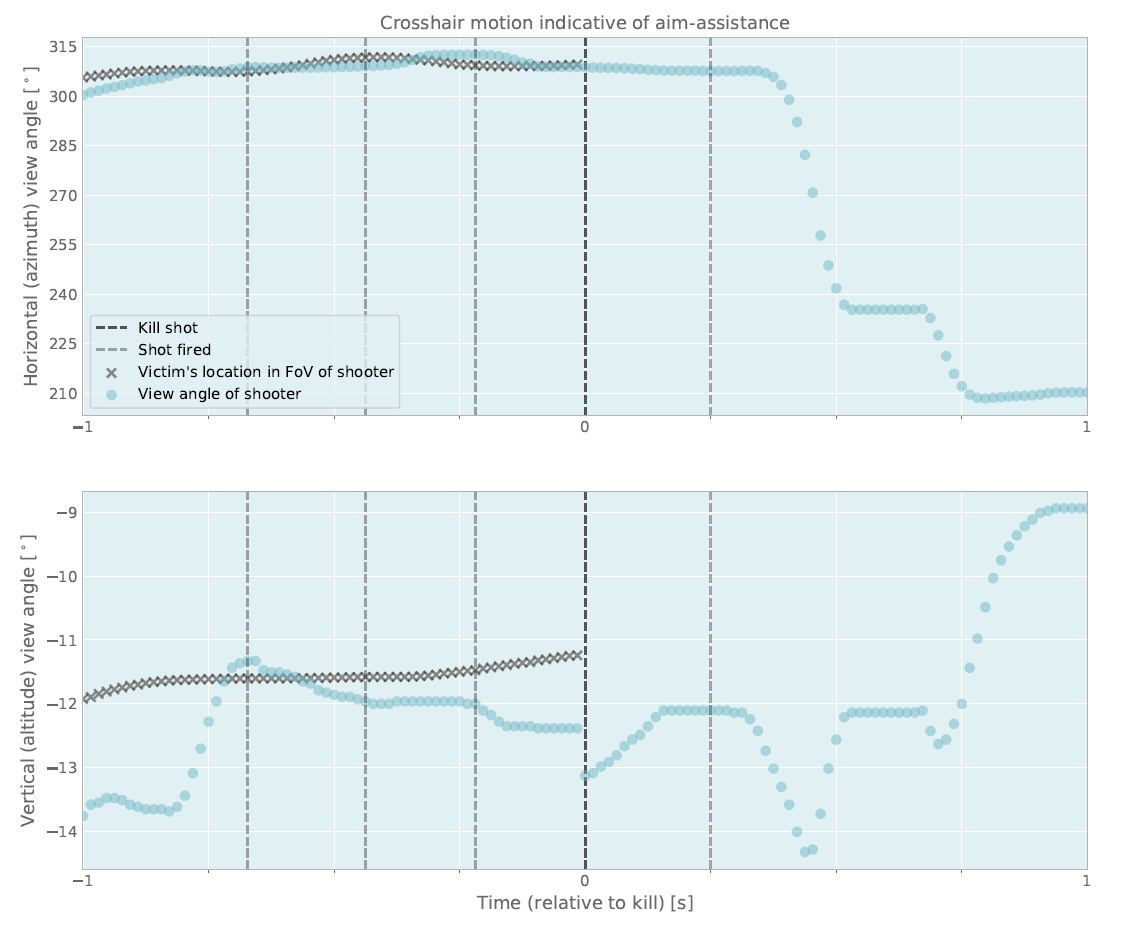 Another example of the crosshairs snapping to the target. 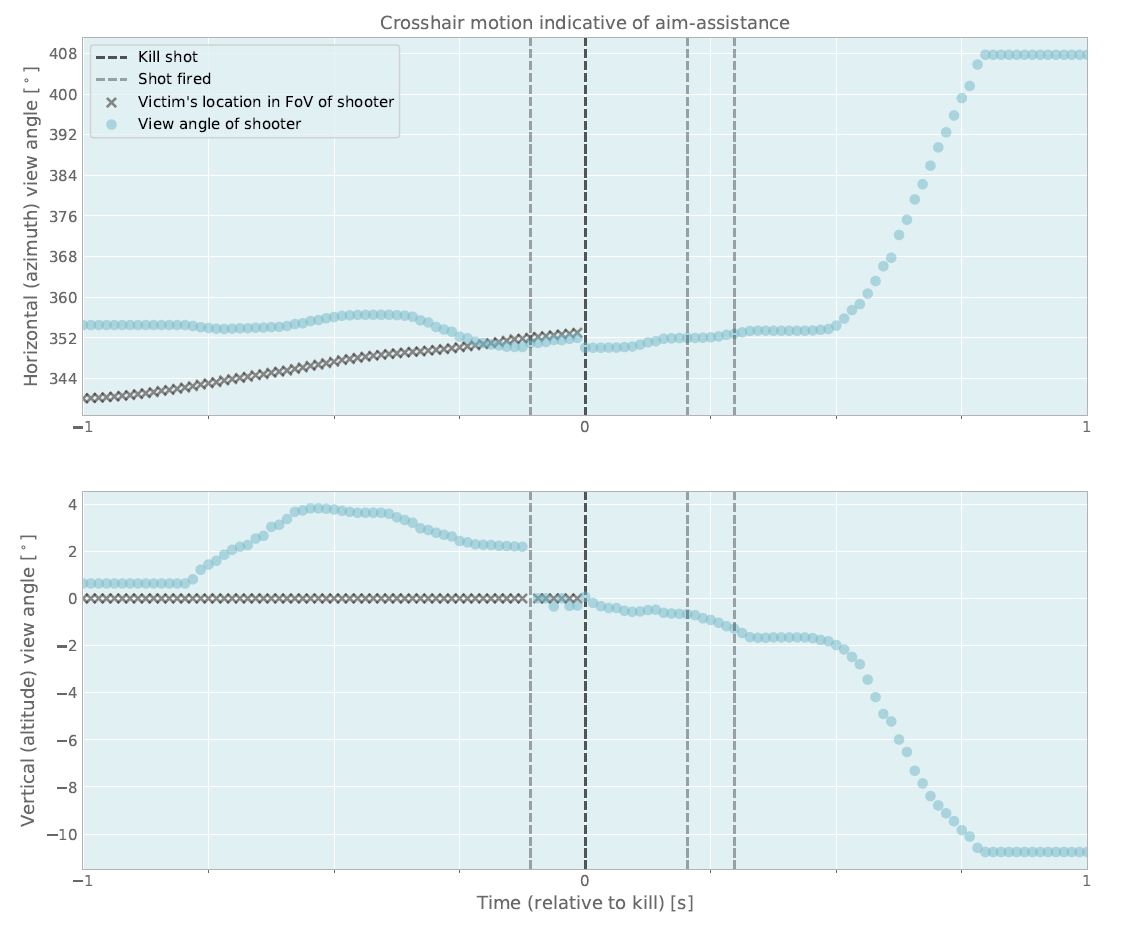 Spinbot example (although not much spinning happening). 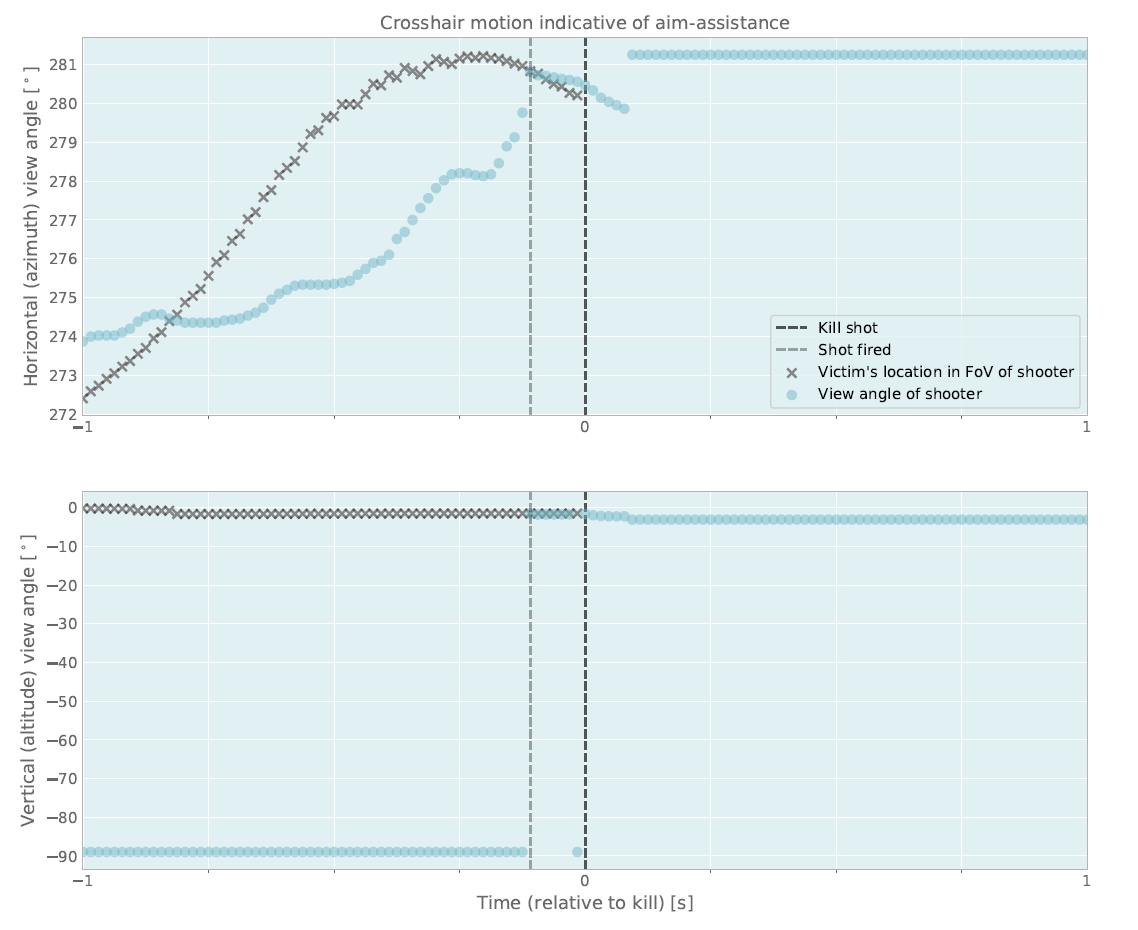 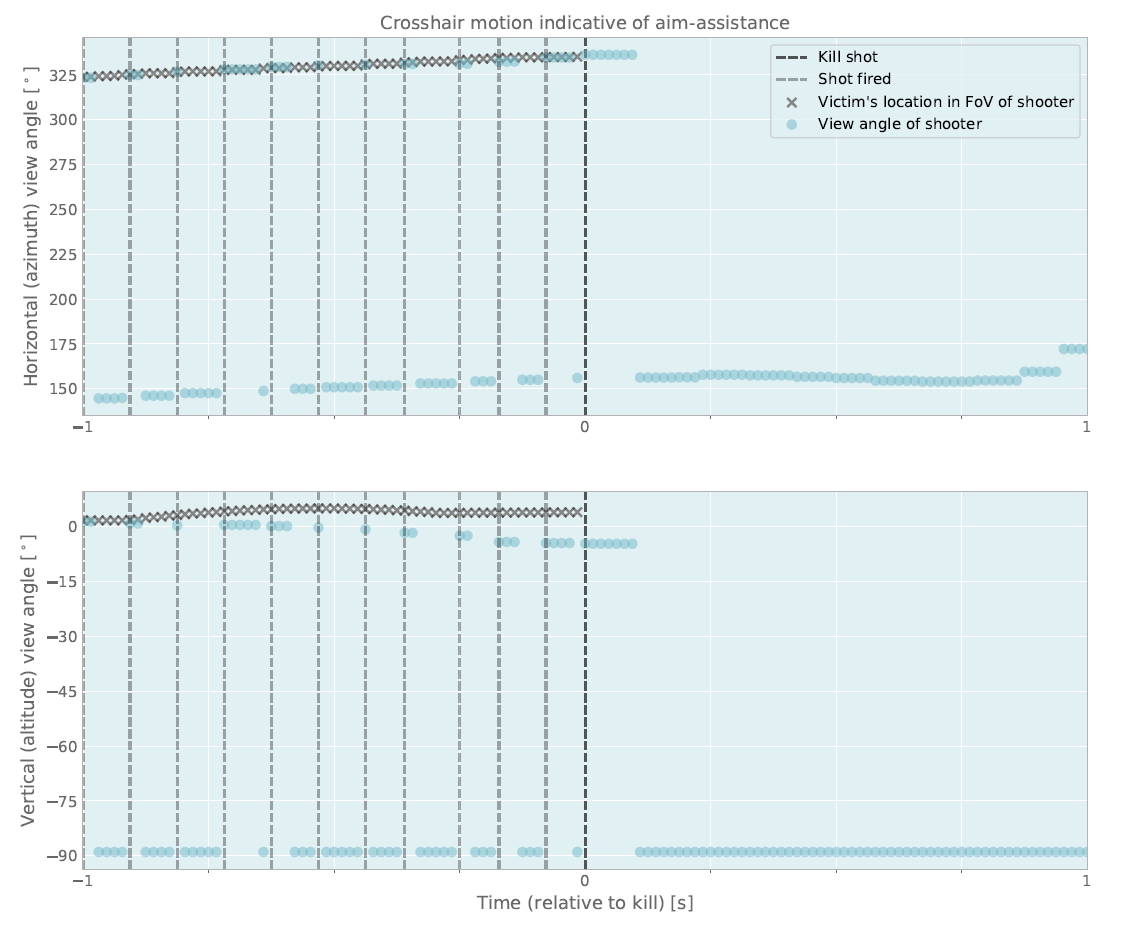 Got any questions for us?
Get in touch!